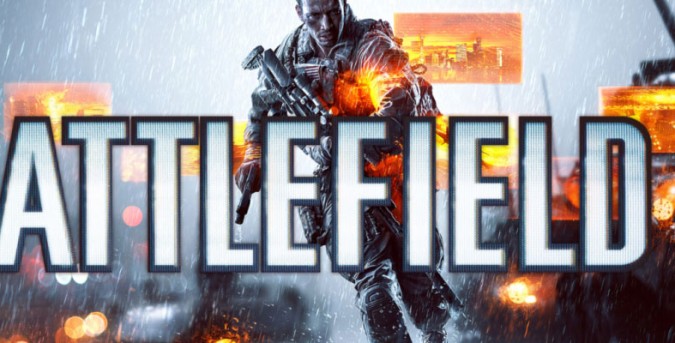 The following tweaks and bug fixes apply across all platforms. However, PlayStation 3 and PC has unique fixes that you can find on the bottom of the post.

GENERAL
Fix for a crash that could occur when entering a vehicle or using a gadget.
Improved soldier movement to closely match that of Battlefield 3 while still maintaining animation fidelity of Battlefield 4.
Fix for an issue on the Siege of Shanghai where players could make themselves invincible near Flag A.
Added pre-round ready state. The minimum player’s ready per team needed for the round to start is calculated from the team with less players.
Crosshairs/Optics scale tweaked and visibility against light backgrounds improved.
Helicopters and jets now affect trees and bushes which are set up to react to wind.
Various collision fixes and other performance improvements have been made to Dragon’s Teeth maps.
Uniform soldier aiming allows the use of procedural aim rate instead of the original preset numbers.
Fix for elevators on Dawnbreaker being active on the Domination, Squad Deathmatch, Team Deathmatch and Defuse game modes.
High latency indicator tweaked to give players a better idea of when they are experiencing lag.
Fixed a rare issue where a second Commander would spawn over the already existing one in a certain scenario, resulting in 2 Commanders on the same team.
Fixed the missing kill card issue for hardcore and anytime the killcam is off.
Increased the Chain Link game mode round timer to 30 minutes. Ticket bleed rate has also been changed to be 40% slower.
Fixed an issue where a player trying to join a full server would get an incorrect error.
Added “Classic” Server presets.
Increased the gunship cooldown for Commander to 60 seconds.
Fixed an edge case where a Commander asset will never get “activated” for a team if the Commander is under a Proxy Attack.
Fixed a crash related to the Riot Shield.
The high frequency update is now on by default and cannot be turned off. It now also supports PlayStation 3/Xbox 360.
Reduced the time it takes to display the incoming damage indicator.
Fixed an issue where players joining Lancang Dam after the Levolution event didn’t hear the VO and alarm.
Fixed issue where Battle Pickups would sometimes get dropped immediately after picking them up. Also fixed a problem where Battle Pickups can’t be picked up when other soldiers are nearby.
Made 100 tickets the default Rush ticket value.
Fixed an issue where field upgrades would be lost when a player spawned into a vehicle.
Tweaked smoke effects. Smoke is now bigger, has higher density and lasts longer.
Fixed some materials that would react incorrectly to projectile collision.
Fixed an issue where squads would get bigger than the supported maximum of 5 players.
Fixed a bug where the Gamertag would not appear correctly in the emblem report screen.
Updated player icon to show a shield variant when using the 10% health reduction perk (showing for enemy players only).
Fixed an issue where players could get underneath the ship at Objective “E” on Paracel Storm
Reduced head flinching on soldiers.
Added functionality to be able to shoot when falling (not jumping).
Fixed an exploit on Operation Locker.
Fixed an exploit near the US base on Metro 2014.
Fixed an issue on Dawnbreaker where players could get underneath the map.
Fixed an issue where players could get under the map on Hainan Resort on the beach near the US base. Also fixed an issue where players could hide behind a wall and shoot at other players.
Fixed an issue where the health/ammo boxes would block the line of sight for the defibrillators.
Permanent fix for gadget exploit where a user could equip gadgets from different classes.
Fixed an instance where unlocked China Rising or Second Assault assignments were being shown as if they were not unlocked and no progress had been done.
Adjusted the red dot reticles for medium and long range sights for the Engineer Class primary weapons.
Visual Recoil: Close range sights (except iron sights, IRNV and FLIR) and all Medium range sights have been changed to no longer be affected by animation AKA Visual Recoil. The removed random effect has nothing to do with real weapon recoil and doesn’t affect it.
Vehicle hold or press button for boost option added.
Added UI options for tweaking the ADS aiming sensitivity. The advanced options are now exposed in a separate advanced control options section.
Fixed a Commander issue that could cause the cruise missile not to work properly if a flag received a neutral status while the missile was in the air.
Fix for an issue where opposite teams would initially spawn too close to each other on Team Deathmatch, affecting all maps.
Obliteration fix for an issue where the round would end while the bomb is armed due to the timer running out.
Flashbang now dims the HUD when player gets affected by it.
Fixed an issue on Capture the Flag game mode where the team with the highest number of points wins regardless of flag captures (points should only be counted on a draw).
Fixed for an issue on Lumphini Garden on Conquest Large game mode where Capturing Flag B while the Commander is under a Proxy Attack will not give the infantry scan asset.
Fixed an issue where players could get stuck in the customization menu while playing Defuse.
Fixed LMG iron sights fires to reflect last few bullets visibility.

CARRIER ASSAULT IMPROVEMENTS
When the carrier is opened up the parachute spawn will be available as before.
When the first crate is destroyed the defender team is moved back into the boat but the attackers still will only be using the parachute spawn.

JET IMPROVEMENTS
Fixed an issue related to the chase camera that could cause a glitchy orientation when the camera was targeted straight up or down.
Added new positions for 3P jet cameras.
Added weapon reticle to the 3P jet camera.
Added an option to turn on/off the rolling (along with the jet) for jet 3P cameras.
Fixed an issue with the SU50 and F35 not properly playing bullet impact sounds when under fire.
Jet guns visual recoil has been reduced to 30% of what it was before.
Improved the “stall” behavior of jets when reaching max vehicle height.
Fixed issues where attack jets’ cockpit geometry was clipping/obstructing the HUD

WEAPON TWEAKS AND FIXES
Fixed an issue with inaccuracy on the RPG and XM-25 where if after shooting a player very quickly it switches to another weapon then switches back, then the dispersion is large until after the first shot.
General weapon tweaks: Reduced suppression recoils. Removed recoil modifier for zoom. Made a 75% reduction in hip recoil.
Muzzle Brake: Lowered the overall impact of this attach. Both its positives and negatives have been reduced.
Heavy Barrel: Lowered the buff it gave to minimum moving spread, and moved some of that bonus into reduced spread increase. The Heavy Barrel should now be a good option for longer range tap firing.
Lasers: Added a small buff to standing hip fire accuracy.
Corrected spread increase values that were previously incorrect. (This primarily affects expansion pack weapons).
Added missing bullpup modifier to SAR-21.
Bullet velocity increases: Improved bullet velocity for Slugs and nearly all suppressed weapons. Selectively improved base velocity for weapons that were too slow for their intended range.
Damage model: Many weapons have had their maximum and minimum damage adjusted slightly. It may take one extra bullet to kill at extremely close engagements and long range combat.
Trigger Delay: Removed from all revolvers.
Desert Eagle: Bullet velocity and minimum damage reduced.
Adjustments have been done to slower rate of fire weapons to make them easier to use at longer ranges vs higher rate of fire weapons.
Carbines and PDWs now have unique bullpup modifiers that give improved bonuses over the rifle counterpart.
Ammo: Gave more ammo to the weapons that were short a mag compared to their counterparts.
PDWs: Improved moving minimum spread.
LMGs: Improved moving spread of mag fed LMGs vs their belt fed counterparts.
DMRs: Audio when being shot at by a DMR has been improved.
SKS and M39EMR no longer allow you to hold breath.
Bullet velocities increased.
Bolt Actions: Some bullet velocities increased. Gol Magnum rate of fire slightly reduced.
SMAW: Slight increase to top speed and acceleration.
MBT LAW: This underwent a big change based on community suggestion. You will need to aim slightly more accurately to engage the tracking. It is much harder to have it track a random vehicle between you and your target. It will no longer lock on targets behind cover. It has been slowed down slightly. It now begins tracking at 100m instead of 15, this gives the target slightly longer to react to the lock warning.
SLAMs: Damage and blast radius reduced slightly. Three Slams will no longer take out a MBT on their own. The disabled MBT will need a single rocket to be finished off.

Highlights:
Reduced initial capacity of RGO and v40 Minis by one.
Reduced blast radius of RGO and v40 Minis requiring more accuracy for full damage.
Increased the time it takes to refill explosives from ammo sources.
These changes are an indirect buff to the Offensive and Grenadier specialization.

REVIVE IMPROVEMENTS
Revive timer has been added. It will show timers on teammates so that the player can choose who to revive.
Added a sound when defibrillators are 100% charged (giving the revived player 100% health back).
Fix for an issue that could cause the HUD to disappear when the player brought up the game menu while in a revive state.
Added initial implementation of revive timers for soldiers in man down state. It will now show timers on a teammate so that the player can choose who to revive.
Fix for a bug when you were able to revive teammates by only rubbing the defibrillators.
Fix for issue that would sometimes occur when two players on a team equipped defibrillators at the same time next to each other and are about to revive another team player, the player who is reviving gets no score and the other player gets score instead.

RUSH IMPROVEMENTS
DICE <3 RUSH is an ongoing Battlefield 4 Community Test Initiative with the intent to improve Rush on base-game maps. This initial release includes new layouts and rule sets implemented on: Flood Zone Golmud Railway Hainan Resort Lancang Dam Operation Locker Paracel Storm Rogue Transmission Siege of Shanghai Zavod 311 Improvements to Dawnbreaker and further tweaks to the above maps will be looked at. Disabled Commander on the Rush game mode for all maps OBLITERATION COMPETITIVE IMPROVEMENTS
Reduced radar sweep on home bases to 40 meters.
Bomb does not have to be planted in a sequence anymore.
Reduced the time it takes to plant a bomb from 10 to 8 seconds.
Raised Obliteration Bomb icon over the bomb carrier’s head.
Reduced the combat area on Operation Locker based on player feedback.
Reduced the combat area on Golmund Railway and tweaked the spawn points.
Fixed bomb out of bounds on Golmund Railway.
Blocked pipe access to rooftops on Zavod 311.
Reduced the combat area on Zavod 311.

PC
Fix for a game crash.
Added FOV slider (option) for the chase cameras of all vehicles.
Fix for an issue where Users where unable to rebind gadgets to slot 1.
Fixed an issue where the chat log settings wouldn’t properly function after a player exited the game.
Tweaked latency indicator.
Better post-processing for medium graphics settings.
Fix for when the text input form clears when switching between EOR camera and scoreboard. The text now remains in place regardless of the game actions.
Added an option to turn off the jets auto throttle feature.

PS3
Fix for a game crash
Fix for a crash that could occur during the end of round screen.

SERVER FIXES
Fixed an issue where taking damage indicators (the red wedge) where pointing in the wrong direction.
Lowered frame history time on all platforms to improve on ‘out of region’ player issues.

One thought on “Battlefield 4 Fall Patch”